May is our annual AGM, so naturally there was plenty of business to plough through. Kirsty Hall stood unopposed as President for a second year and was duly voted in, while Karen Cunningham and Fliss Johnson-Standley were elected to the committee.

We also change our Charity Of The Year at the AGM. Although it’s always sad to say goodbye to a charity that we’ve spent a year supporting, we are happy to announce that Hebden Bridge WI raised £1000 for SmartMove, which will help fund their excellent work with homeless people in Calderdale. We wish them all the best in their future fundraising.

And we’re delighted to announce that this year’s Charity Of The Year is the WomenCentre in Halifax, who are recognised as national leaders for their innovative, women-centred approach to dealing with complex problems like domestic violence, homelessness and addiction. It’s their 30th anniversary this year, so they’re trying to raise £30,000 in unallocated funds and we’re all fired up to help.

After we had voted on the Charity Of The Year, Treasurer Caroline Burton gave an update on our finances, which are very strong and Kirsty gave the President’s Address.

Then, fuelled with tea and cake, it was onto something a little more relaxing.

When was the last time someone told you a story? Not something funny that happened to them down the pub but a proper story with a plot, characters and funny voices? Story-telling isn’t just for kids as our guest, Ursula Holden-Gill proved.

Ursula is a storyteller, actress, singer and tutor of singing, speech and drama. She might be familiar to you as cancer sufferer Alice Dingle from ITV’s Emmerdale but she’s also appeared on a variety of other TV programmes including The Bill; Mrs Merton and Malcolm; and Teachers. She’s now making a name for herself as a talented storyteller and in 2012 she won the Best Newcomer Award at The British Awards for Storytelling Excellence, an award that we soon realised was well-deserved.

Since we’re in Yorkshire, Ursula started with a bit of clog dancing whilst singing unaccompanied.

A bit of clogging

And then it was onto the stories. First a traditional witch story,The White Dog Of Cornholme, complete with plenty of dramatic gestures. Cornholme is only seven miles away and it was great to hear such a local story rooted in our own landscape.

Then there was a wonderful song called Gutter Fairies that Ursula had written herself. Ursula spoke movingly about growing up in a working class area of Lancashire and how things like flower fairies and princesses seemed very remote from her own experiences so she imagined that there must be gutter fairies living in crisp packets. 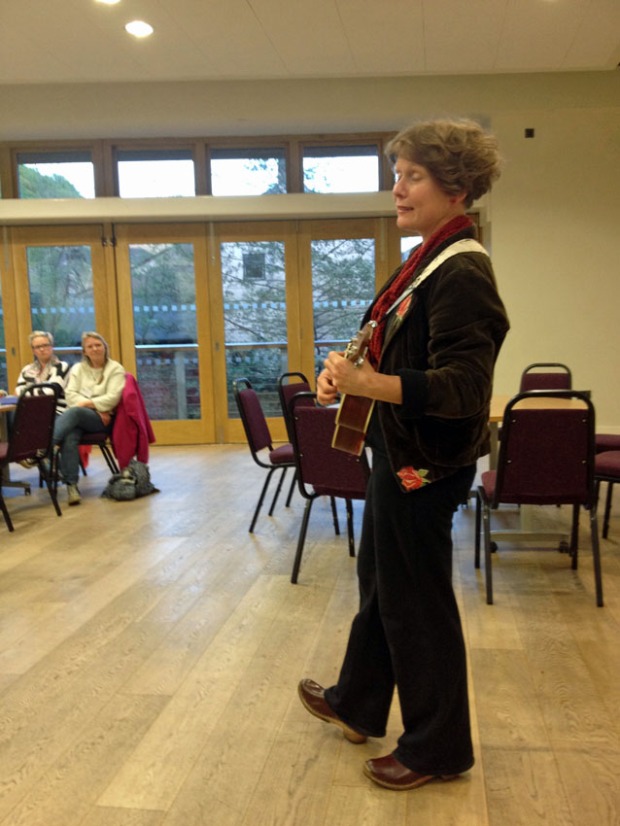 Then there was a more modern – and slightly cheeky – story about a magic act gone horribly wrong.

It was ‘this small’

Finally Ursula played us out with this unusual instrument. 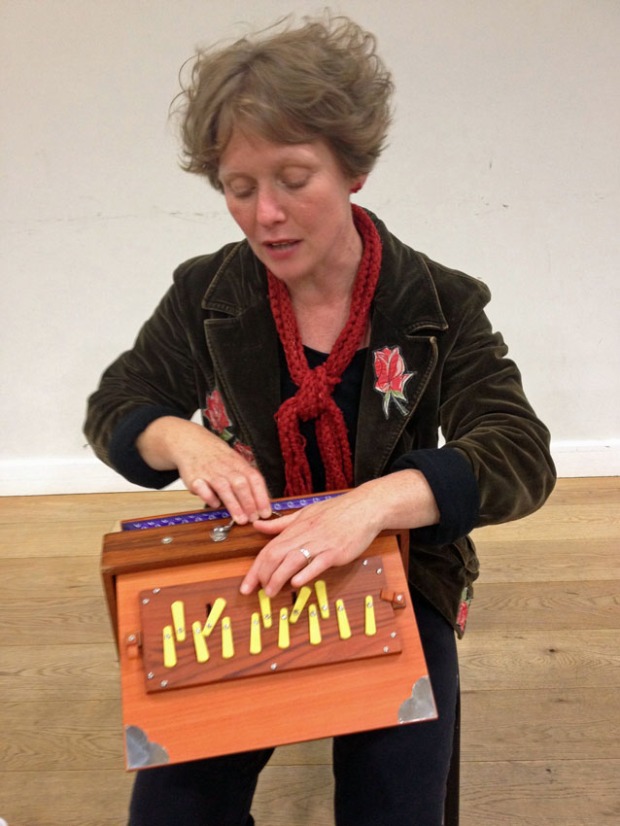 We were absolutely enthralled by Ursula’s storytelling and we highly recommend her to other WI’s and groups in the area. You can contact her through her website here.

Chris Czainski: We had a wonderful time tonight..so inspiring. Thank you